All Homes For Sale in New Orleans

The city of New Orleans is the largest city in the state of Louisiana and the 46th largest city in the United States. Named after the Duke of Orleans, the city was founded in 1718 and is today known for its interesting blend of French, American, African, and Spanish cultures. The city straddles the Mississippi River and covers a land area of about 169 square miles. New Orleans lies in Louisiana’s Orleans Parish and is situated just to the south of Lake Pontchartrain. 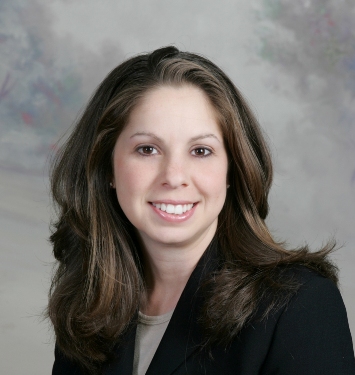 Shelly Vallee
All Around Realty, LLC

The Outlet Collection at Riverwalk is a prominent shopping destination near New Orleans real estate. This shopping center located in New Orlean’s central business district offers 75 different stores and 250,000 square feet of retail floor space. Other popular spots for for shopping in New Orleans include the Shops at Crescent Club on Tulane Avenue and the West Lake Shore Shopping Center on Sapphire Street.

As a popular tourist destination, New Orleans offers many parks and scenic attractions. You can even take a bike tour of the most popular areas of NOLA. New Orleans City Park is one of the most prominent centrally located parks on the city’s map. This park offers beautiful landscaping, museums, and opportunities for activities such as jogging and playing disc golf. Louis Armstrong Park is located nearby along North Rampart Street near the French Quarter. This park covers 31 acres and hosts many concerts and film showings throughout the year.When residents of New Orleans real estate wish to escape the urban sprawl of New Orleans, they can head to the Bayou Sauvage National Wildlife Refuge to the northeast of the Jean Lafitte National Historical Park and Preserve to the south. Both of these destinations are perfect for New Orleans residents with a strong love of nature.

The population of New Orleans was recorded at 378,715 in 2013. The population has dropped by about 22 percent since 2000, largely as the result of the damage and disaster caused by Hurricane Katrina in 2005. The cost of living in New Orleans is about average for cities and communities across the United States, but median annual household incomes in the city are about $9,000 less in New Orleans than they are in the entire state of Louisiana. Real estate in the city tends to be fairly expensive in comparison to real estate in the rest of the state on average. As of 2012, the median home value in New Orleans was $178,200 while the median home value in Louisiana overall was $139,500.

Schools, Healthcare, and Transportation in Madisioinville

The public school system in charge of schools in the city is known as New Orleans Public Schools or the Orleans Parish School Board. This school district was first established in the year 1841. This school system is in charge of 20 schools and has a student enrollment of about 11,000. New Orleans public schools was among the largest school systems in the surrounding area until Hurricane Katrina. However, many of the system’s schools were hit hard by the hurricane.

Among the most prominent hospitals in the city of New Orleans are the Childrens Hospital on Henry Clay Avenue, Tulane Medical Center on Tulane Avenue, and New Orleans East Hospital on Read Boulevard. For family medical services, residents of New Orleans real estate have many options to choose from. Some possibilities include LSU Family Medicine on Tulane Avenue, Tillery Family Practice Clinic at Behrman Place, and Orleans Family Practice on Read Boulevard.

The Louis Armstrong New Orleans International Airport is the largest airport in the area. It is located near New Orleans in Kenner. The New Orleans Amtrak station is located on Loyola Avenue.

If you are thinking about buying or selling a home, give us a call at (504) 309-4082 or send us an email to explore your options and to find out when is the best time for you to make a move.

Ready To Get Started?