Tangipahoa is Rich with Culture and History 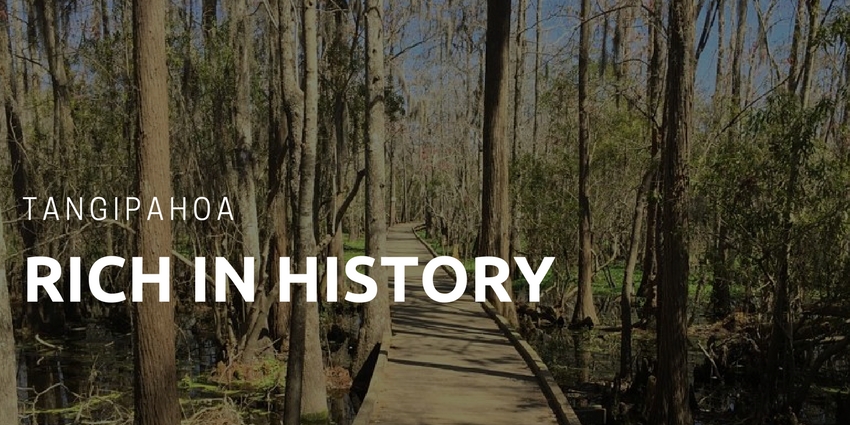 If you are thinking about moving to Tangipahoa you might be interested to know that it was first settled by several early Native American tribes and later by the Swedish and Italians. Louisiana has a rich history of early settlers and many communities still maintain their early traditions and pride themselves and their rich community lifestyles.  The homes of Tangipahoa Parish range dramatically from rural homes on large plots of land to condominiums in college towns with a bustling nightlife.  With the cost of living in Louisiana being quite low compared to much of the US, buying a home in Ponchatoula or one of the other cities in Tangipahoa Parish can be extremely affordable.  With most of the area fitting into the USDA Rural Development Loan Program – Tangipahoa is one of the few places that you can purchase a home with zero down payment.  This makes home ownership extremely appealing as opposed to renting.

Louisiana is known as a “melting pot” of sorts what we call the “gumbo” of America. With a rich, deeply rooted ancestry that includes Native American, French, Creole, Italian, African American, Irish, English, Scottish, and Spanish we embrace our heritage and the diverse cultures that have developed over time from this early ancestry. We are loyal to the heritage and the traditions that make Louisiana unique to the south and to the cultural heartland of America.

The citizens of Tangipahoa Parish are proud to showcase this cultural heritage at its best and, throughout the year, we have a variety of events that celebrates the lineage and history that makes our region of the state distinctive. Among our cultural activities we showcase the role that was played here in the Civil War and can trace our roots back to Africa and Europe. We celebrate the hard work our forefathers and take time to show gratitude for the success of our agricultural endeavors.

Many people think of New Orleans when they think of Louisiana but, Louisiana is far more than just one city. It is rich with culture and history throughout the state.

Here are some of the cities of Tangipahoa.

Tangipahoa Parish Louisiana, one of the Florida Parishes because it part of what was known as West Florida in the 18th and early 19th centuries. Tangipahoa means ear of corn or those who gather corn and comes from an Acolapissa word. The Acolapissa Choctaw were hunter/farmers of the lower Mississippi River in the early days of Louisiana. Most of the parish consists of coastal swamp and marsh which is made up of gray-to-black clays with high organic content and thick peat beds that lay below freshwater marsh and swamp.

Communities of Tangipahoa and a Short History:

Amite
Amite is taken from a French word that early explorers used for the amicable tribes they found in the area. Amite has been the parish seat since the inception of the parish in 1869.

Hammond
Hammond is the largest city in the parish which was named after Peter Hammond, a Swedish adventurer who first settled the area. By the early twentieth century Hammond was known as the Strawberry Capital of America.

Independence
Independence was settled in the 1830’s and many Italian families arrived in the early 1880s. Because of this heritage, the town is known as Little Italy.

Kentwood
Kentwood was named after Amos Kent who was an early settler. He established a brickyard and a sawmill both eventually became the largest of their kind in the south. The lumber industry thrived until around 1920 when virgin timber in the area began to diminish. Kentwood was the largest town in the parish until many people left to follow the timber trade. Those remaining in the town started in the dairy industry and brought prosperity back to the city again with cooperative breeding and marketing techniques. Today, it continues to be a principal industry in the northern reaches of the parish.

Ponchatoula
Ponchatoula is the oldest incorporated city in the parish and hosts the popular Spring Strawberry Festival held each year during the April harvest. Ponchatoula is purported to be one of the fastest-growing areas in the state of Louisiana and sports a thriving real estate market. The city gained its name from the Choctaw language. It means “hair to hang” so named for the abundance of Spanish moss that hang on the trees in the surrounding area. Ponchatoula is also known as America’s Antique City with street lined with art, antiques and hand crafted items offered from the restored, historic downtown buildings.

All Around Realty, LLC